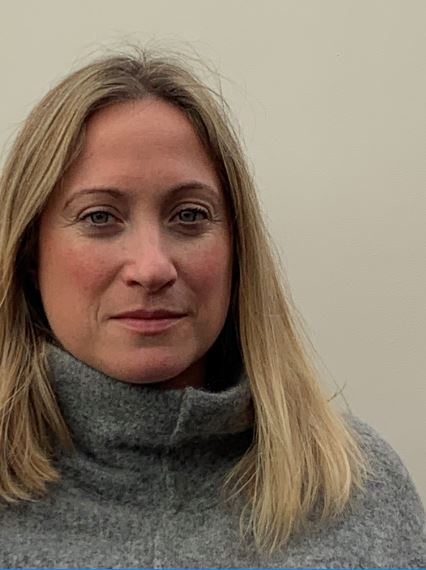 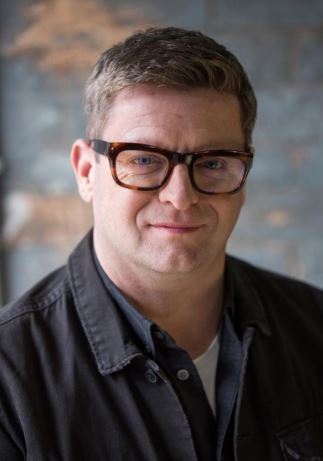 Hollyoaks’ longest serving Executive Producer Bryan Kirkwood announces he is stepping down from role at the end of the soap’s 25th anniversary year.

Award winning Executive Producer Bryan Kirkwood has announced he is leaving the C4 soap Hollyoaks, after a second stint as showrunner.

Bryan told Lime Pictures MDs in March of his intention to depart at the end of 2020. His episodes will remain on screen until June 2021.

In October Hollyoaks will celebrate its 25th birthday after first airing on October 23rd 1995.

Bryan, who created many of the show’s most popular and enduring characters including the McQueen family, has been behind the show’s most groundbreaking storylines and award wins.

Bryan said of his departure: “For many years I have had the privilege of running a soap opera with a fiercely loyal audience.

“I passionately believe that soaps can help viewers start serious conversations about their lives and in recent years we have covered important topics within mental health, sexual consent, Far-Right radicalisation, male rape, sexual abuse and many issues other shows might look away from...

“It has also been a joy to deliver the plot buster stories that ‘can only happen on Hollyoaks’, stories that give our viewers an entertaining escape into a heightened world.

“I’m incredibly proud of what we have achieved, and I want to thank the entire team. Their talent, warmth, loyalty and friendship are why I stayed so long.”

“The 25th anniversary feels like an elegant time to hand the reins over to someone else but I’m confident that the beating heart of Hollyoaks – the people who make it - will keep the show around for another 25 years.” Lime Pictures MDs - Claire Poyser and Kate Little - added: “Bryan’s passion for creating gloriously soapy characters that take fans from laughter to tears in a heartbeat, a rich imagination for nurturing compelling plot busters and his unwavering commitment to tell groundbreaking issue led stories mark him out as an outstanding Executive Producer of Hollyoaks.

“This has been rightly reflected in the multitude of awards that the series has secured throughout his tenure at Lime. We would like to thank him for his dedication, care and commitment to the show throughout the last eight years.”

During his tenure Bryan has also been lauded for his commitment to raising awareness of mental health and LGBTQ+ issues, leading Stonewall to award Hollyoaks: ‘Broadcast of the decade’ and the MIND Media ‘Making a Difference’ Award.

Across 2018 to 2020, Hollyoaks was awarded with six Best Soap and Continuing Drama awards. These included being recognised twice by Broadcast plus the Royal Television Society, The British Soap Awards, Inside Soap magazine and the Digital Spy Reader Awards.

Ian Katz, C4 Director of Programmes, said: “Bryan has been the untiring creative force behind the extraordinary resurgence of Hollyoaks. He’s taken the show into new territory with some extraordinarily brave storylines and soap firsts and collected numerous awards.

“I’m immensely grateful for his steering of the show safely back to screen next week and leaving it in top creative form and I wish him all the best for his next chapter.”

Caroline Hollick, Head of C4 Drama, added: “Working with Bryan has been both utterly inspirational and enormous fun. Under his leadership, Hollyoaks has become a true gamechanger in the soap world, and while I’m heartbroken to say goodbye, I can’t wait to see what he achieves next.”

Hollyoaks’ biggest awards have ranged from viewer voted soap awards, to being recognised by leading industry experts at Broadcast, Mind and The Royal Television Society for its issuebased storylines and campaigns.

In 2018, the #DontFilterFeelings mental health campaign also won the RTS North West Award for Best Digital Content and the Mind Media Award for ‘Making A Difference’. Across 2018 and 2019, Hollyoaks was awarded with five Best Soap and Continuing Drama awards. These included Broadcast, RTS, The British Soap Awards, Inside Soap magazine and the Digital Spy Reader Awards. 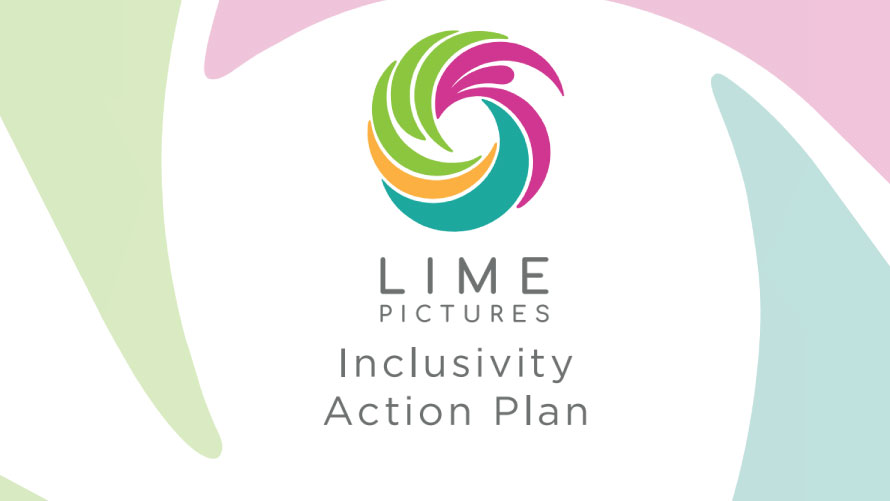 Please click below to see the Inclusivity Action Plan in full. 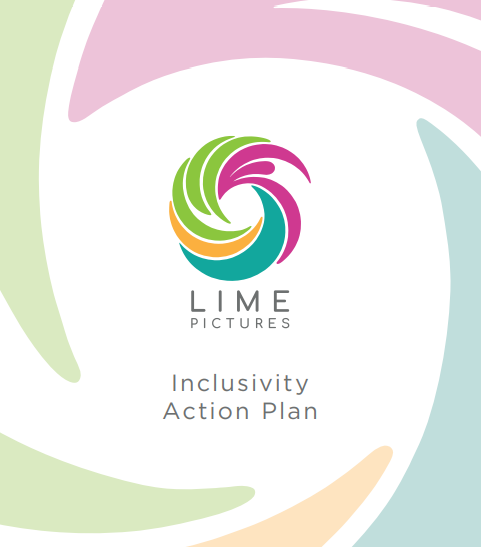 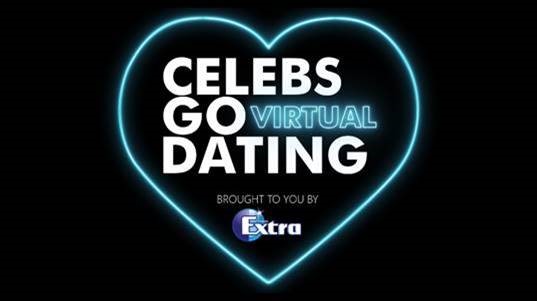 Channel 4 and Lime Pictures have partnered with Extra Chewing Gum to create a spin off series of E4’s Celebs Go Dating. Celebs Go Virtual Dating will follow celebrities as they navigate dating during lockdown and beyond.

From reflecting the explosion in online dating over the past months, to creating a series of socially distanced dates. Rob Beckett will also join providing commentary around how well (or not) the celebrities are faring.

The partnership brokered by 4Sales, Lime Pictures and MediaCom will bring a ‘virtual’ version of Celebs Go Dating to E4 viewers which will also include bespoke sponsorship idents and in show product placement. Branded social content featuring Celebs Go Virtual Dating talent will also be hosted on E4, Celebs Go Dating and Extra Chewing Gum’s social media platforms via Channel 4’s 4 Studio. Extra Chewing Gum are also planning in store activity and competitions in order to coincide with their ‘Find Your Other Half’ personalised and sharable packs, helping bring young people together.

Extra Chewing Gum have partnered with Channel 4 and Lime Pictures with the aim of bringing confidence to the lives of Gen Z in the moments they need it the most, relying on the mental confidence boost that chewing a piece of gum can bring – and felt that nowhere  would be more relevant at the moment than the world of virtual and social distanced dating.

“We are thrilled to be partnering with Channel 4 and Lime Pictures around Celebs Go Virtual Dating and to help people find their perfect match. We hope to have created the perfect campaign to bring confidence to young, single and looking daters as they navigate the new world of virtual dating.

Jodie Miles, Content Lead at MediaCom added “there are new behaviours forming that present a range of new moments for Extra to bring confidence. Together we have built a campaign which spans multiple touchpoints, including TV, VOD, Product Placement, Digital, Social and In-Store”.

Sophie Lloyd, Branded Entertainment & Creative Leader at Channel 4 said: “This show is a prime example of a connected, cross-platform advertiser-funded programme with Channel 4’s editorial values at its core. We are delighted to be working with Extra for the first time - a partner who understands the power of Branded Entertainment and its activation beyond the screen.”

Sinead Dean, Senior Brand Development Manager at Lime Pictures said: “Celebs Go Dating has proved to be an incredibly successful format for E4, and we’re looking forward to reflecting the growth of online dating during lockdown on screen together with E4, 4Studio and Extra Chewing Gum this Summer via ‘Celebs Go Virtual Dating’. Together, we’ve created a truly multi-faceted and exciting branded entertainment partnership with Lime Pictures being uniquely placed to deliver activation beyond the screen to its brand partners.”

Celebs Go Dating has been E4’s most popular non-scripted show with 16-34-year-olds in 2018 and 2019, with the eighth series also proving a success, ranking as the channel’s highest rated non-scripted programme this year so far. 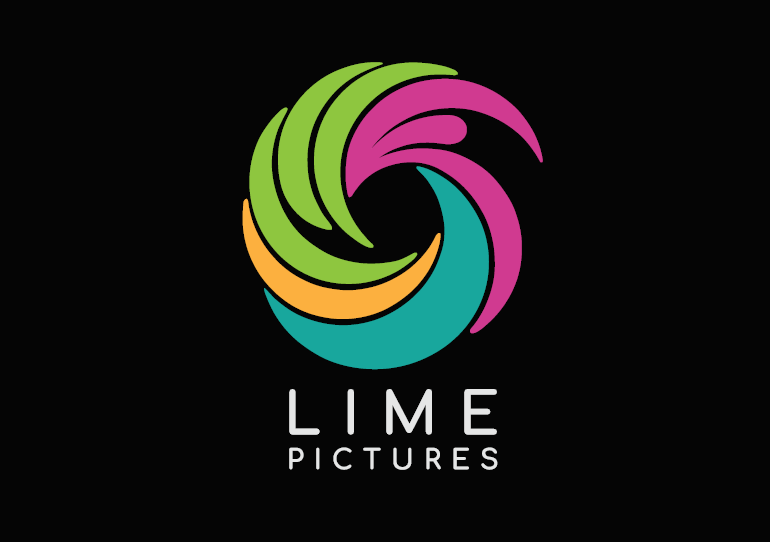 Hollyoaks has been deeply shocked and saddened by issues that have been brought to our attention over the weekend.  Lime Pictures strives to have zero tolerance of racism or any form of discrimination across all of its shows but it is clear we have further work to do. We must stamp out implicit bias which means calling out racism wherever and whenever we see it. We will continue to add to our action plan as we continue and broaden our dialogue with cast and staff.  We have already launched a series of next steps, set out below:

We are reaching out to all of our cast and staff that have raised matters to make sure that we address individual issues and concerns;

We have asked all cast, staff and freelancers to share with us any further issues of concern or instances of unacceptable behaviour that they have not previously raised;

We are working with unconscious bias trainers to augment Lime’s all staff training to help address concerns raised by cast and staff;

All BAME staff, freelancers and cast will be offered mentoring from Lime’s senior management;

We will build on our work towards making Lime as diverse and inclusive as possible across all aspects of recruitment and talent retention, on and off screen;

Lime’s BAME writers and directors schemes will be reviewed and augmented to drive greater inclusivity within the industry;

We are undertaking an immediate and in depth review of company and cast liaison across Lime;

We will be producing a Hollyoaks podcast where our black cast will share their experiences on racism to their audience.

We are very conscious that we need to do more and are committed to making changes that we need to make. The onus is upon our company collectively and us all as individuals within our community to tackle racism, and it is a responsibility which all of us here at Hollyoaks are taking on fully. 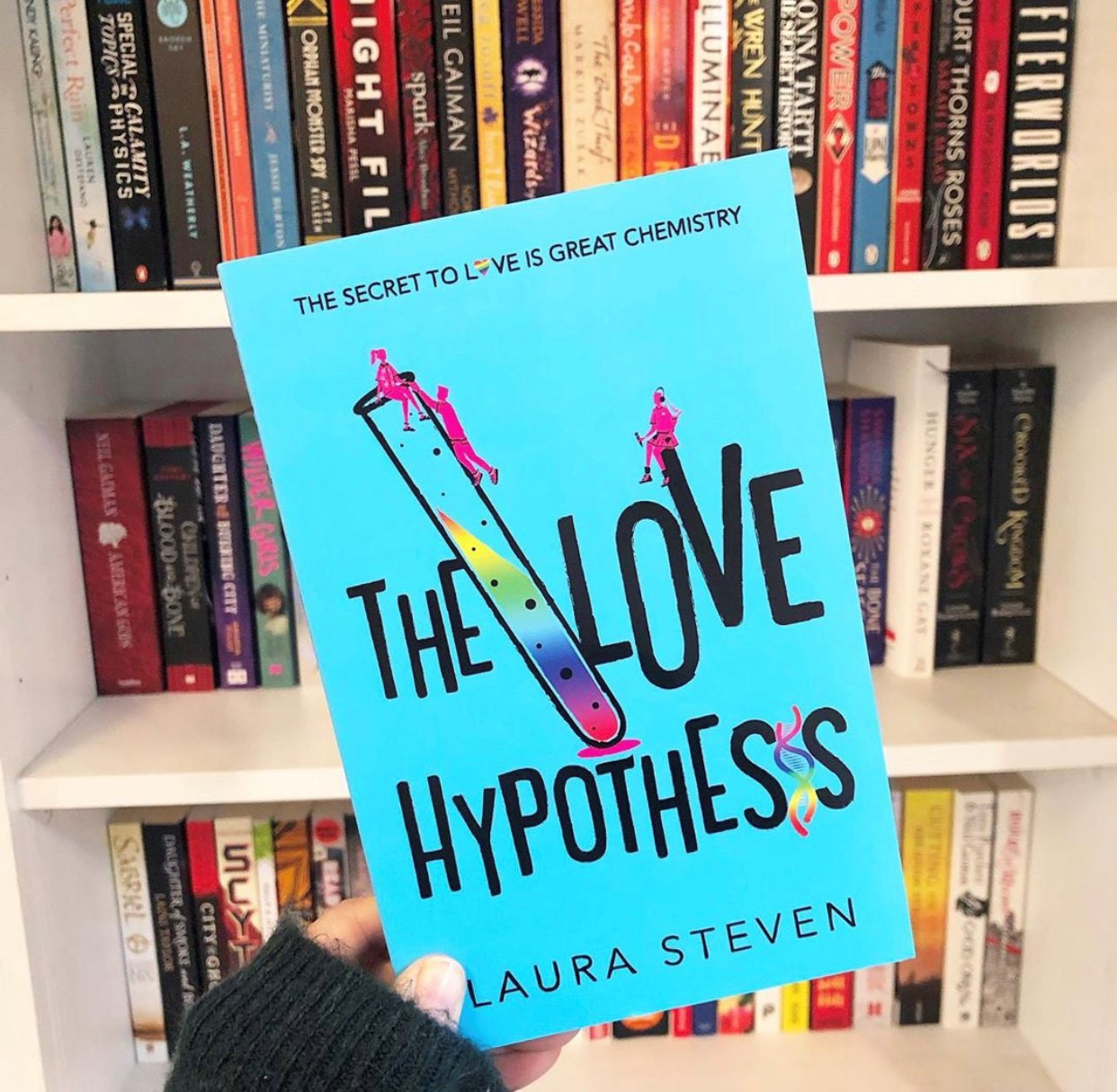 Multi award-winning Lime Pictures are delighted to announce their TV option deal with Laura Steven, writer of upcoming YA novel The Love Hypothesis. Lime will be working with author, journalist and screenwriter, Laura, to develop this exciting new YA book into an on-screen love story. 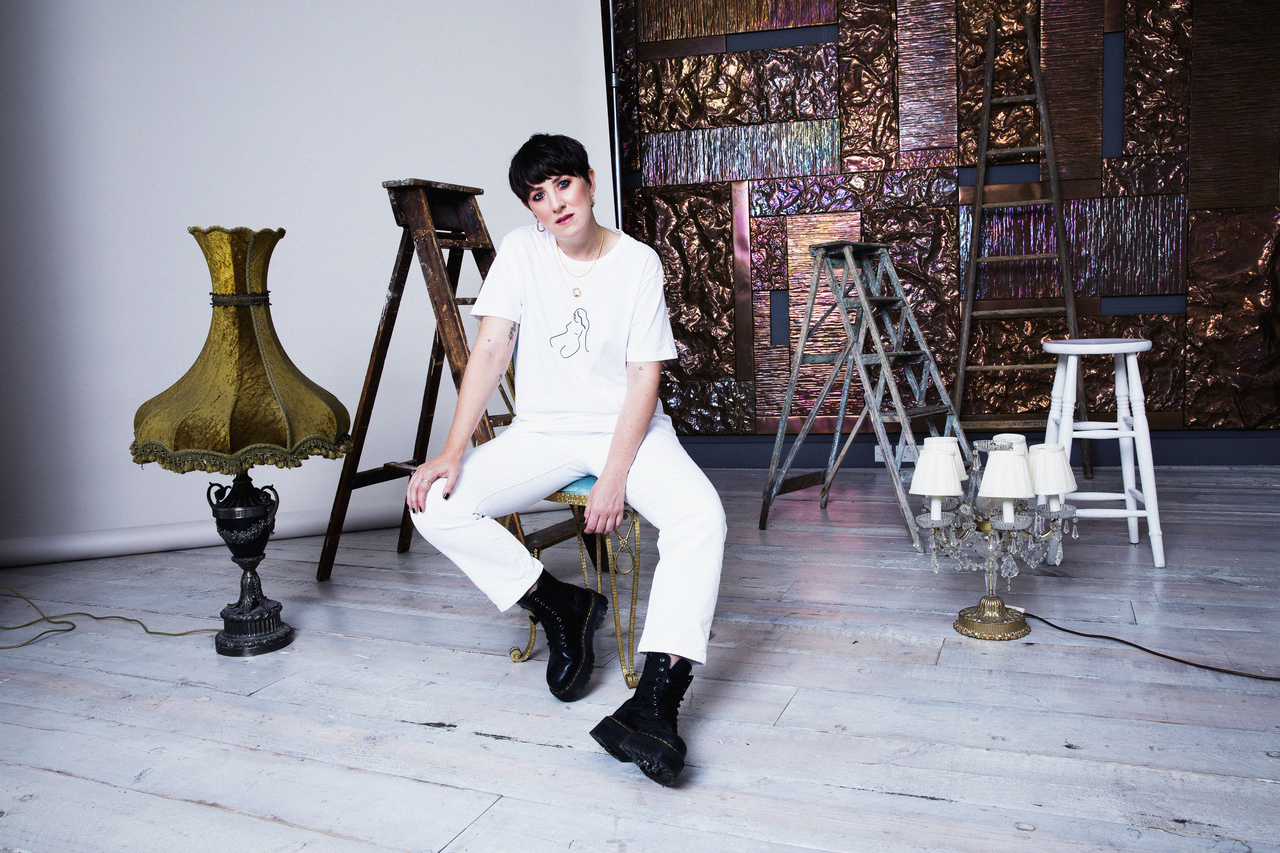 Lime Pictures are delighted to announce their TV option deal with Lauren Mahon, founder of GIRLvsCANCER.  Multi award-winning independent company, Lime Pictures will be working with campaigning powerhouse, Mahon, to develop a fictionalised account of how her experience of cancer helped to change the dialogue around the disease and led to the formation of the incredible GIRLvsCANCER community. 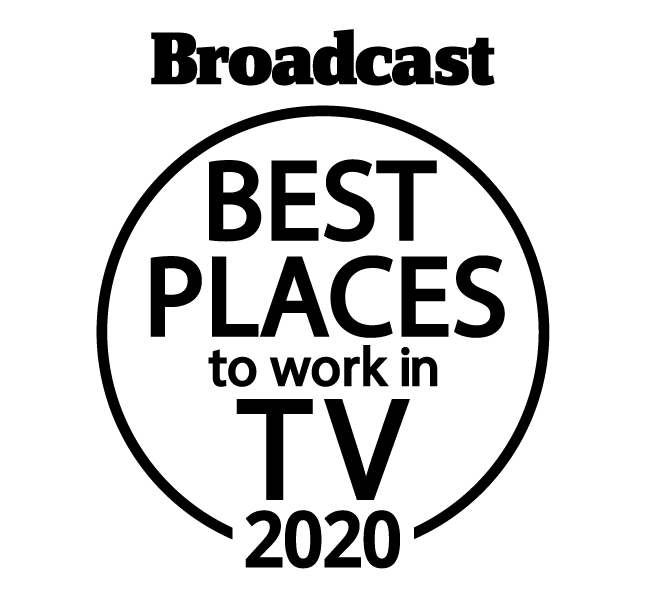 This survey and award program was designed to identify, recognize and honour the best places of employment in TV, benefiting the TV field, its work force and businesses.

Organizations from across the UK entered the two-part survey process to determine the Best Places to Work in TV. The first part consisted of evaluating each entry by looking at its workplace policies, practices, philosophy, systems and demographics. The second part consisted of an employee survey to measure the employee experience. The combined scores determined the top organizations and the final ranking. Best Companies Group managed the overall registration, survey and analysis process and determined the final rankings.

Sarah Tyekiff, Head of Unscripted said, ‘I am thrilled that Lime has been ranked as the 10th best place to work in the UK. It is a real achievement and shows that all of the policies that have been implemented are having a positive impact on the workplace and the team. From mindfulness meditation sessions, wine and cheese Fridays, Creative Breakfasts and a great sweet bowl, the key thing is actually the team. If we can empower people to be creatively adventurous, celebrate each other’s differences and be proud to call Lime their Employer then we’re on the right track’.

Check out what the Brand Partnerships team have been up to over the last 12 months...

It’s been a busy year for Lime Pictures’ Brand Partnerships team, working with some fantastic brands and talent across Hollyoaks, The Only Way is Essex and Celebs Go Dating. Have a look at what we’ve been up to over the last 12 months. 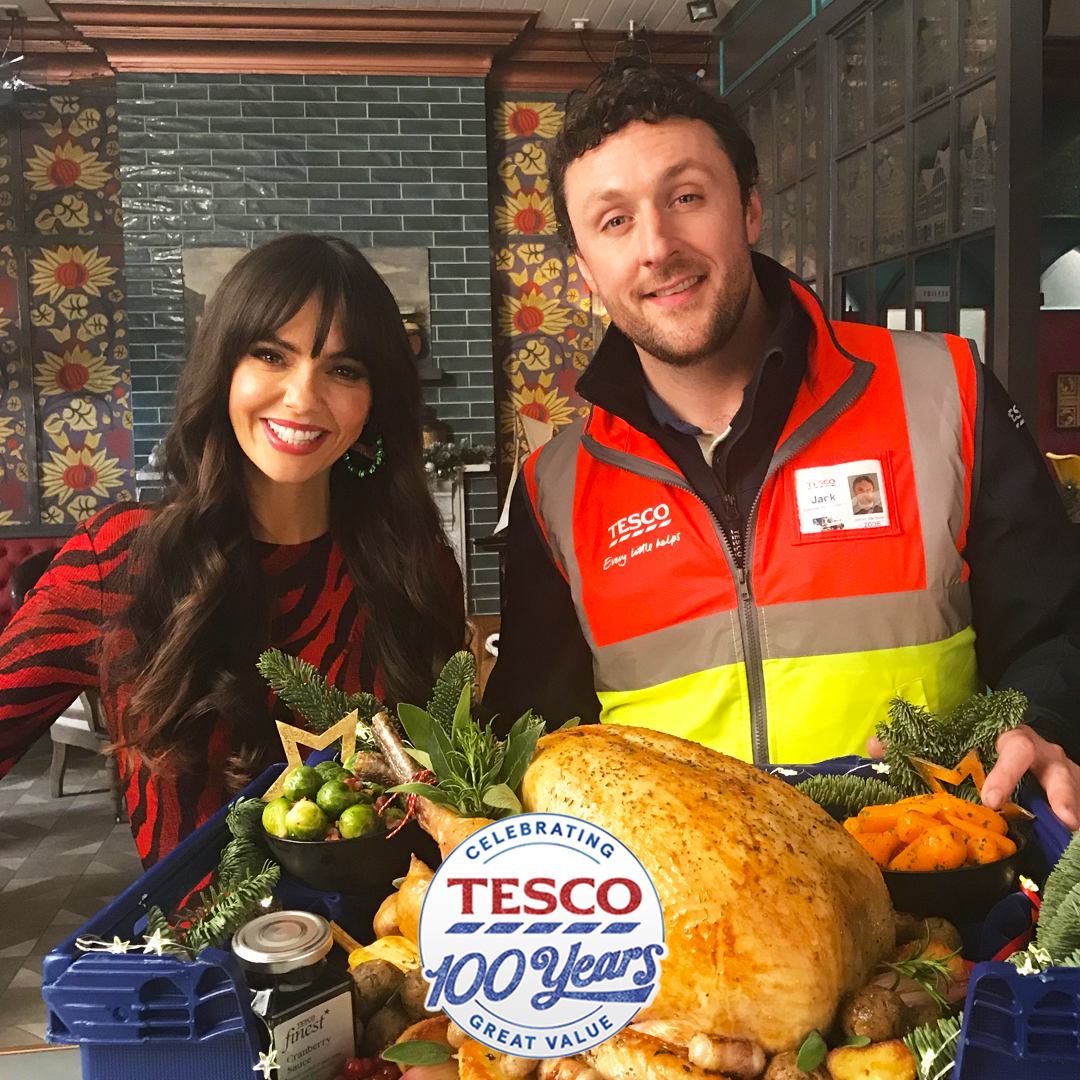