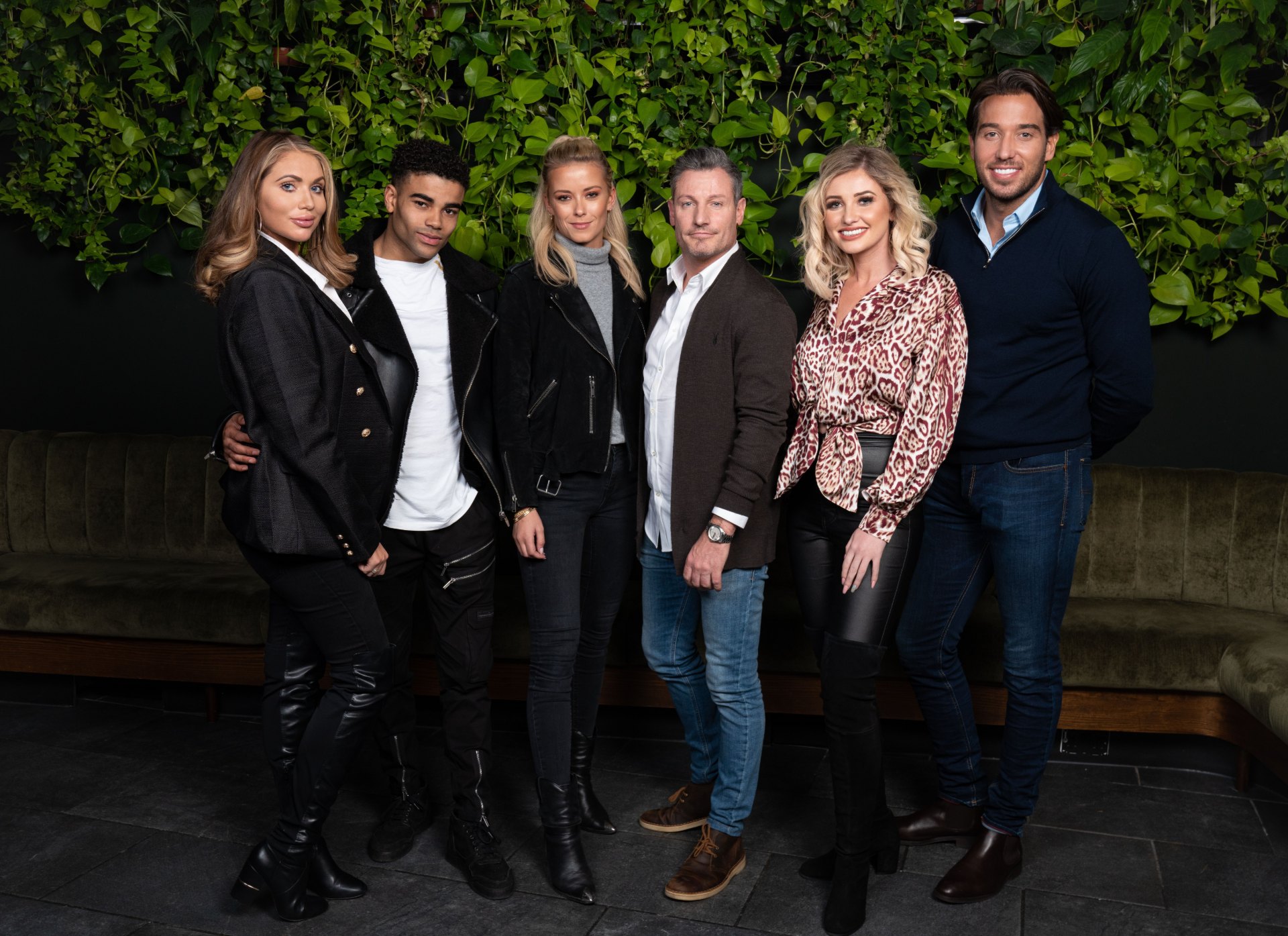 E4’s Celebs Go Dating has resumed production with six new celebrities ready to throw themselves into the dating world. Having had her heart broken by Curtis Pritchard in the Love Island villa, can our dating experts give Amy Hart a second chance at finding love?  Former The Only Way is Essex star Amy Childs also joins the agency along with Made in Chelsea’s Olivia Bentley.  Both are getting back into the dating game after recent splits, but will the dating agents help find them their Mr Right?  Joining the girls are three boys in the pursuit of love.  Hollyoaks and I’m a Celebrity Get Me Out of Here! star Malique Thomson – Dwyer and recently single The Only Way is Essex star James Lock will no doubt be a handful for our dating agents.  The final celebrity joining the agency’s books is actor Dean Gaffney.

The agency’s trusted and skilful dating experts return to give these celebrities a lesson in love.  Prepare for more deep-dives with life-coach Anna Williamson and matchmaker Paul C Brunson.  With their acclaimed expertise on relationships and dating etiquette, the dating agents will have no qualms in telling the celebrities where they are going wrong in the dating department.  As always Junior Client Coordinator and celeb confidante Tom Read Wilson will be ready and waiting for the celebs to divulge all, offering a comforting shoulder to cry on when things go wrong and a warm, lingering embrace to help celebrate a dating triumph when things go right.

Celebs Go Dating Series 8 will be executive produced by Colin Whitaker and Anthea Poli for Lime Pictures. The programme series falls under the unscripted slate and is overseen by Head of Unscripted Sarah Tyekiff and Head of Production Helen Kruger Bratt.

Lime Pictures' in-house digital team were on hand to create this exclusive social content to celebrate the launch of the new series across the programme’s social platforms: