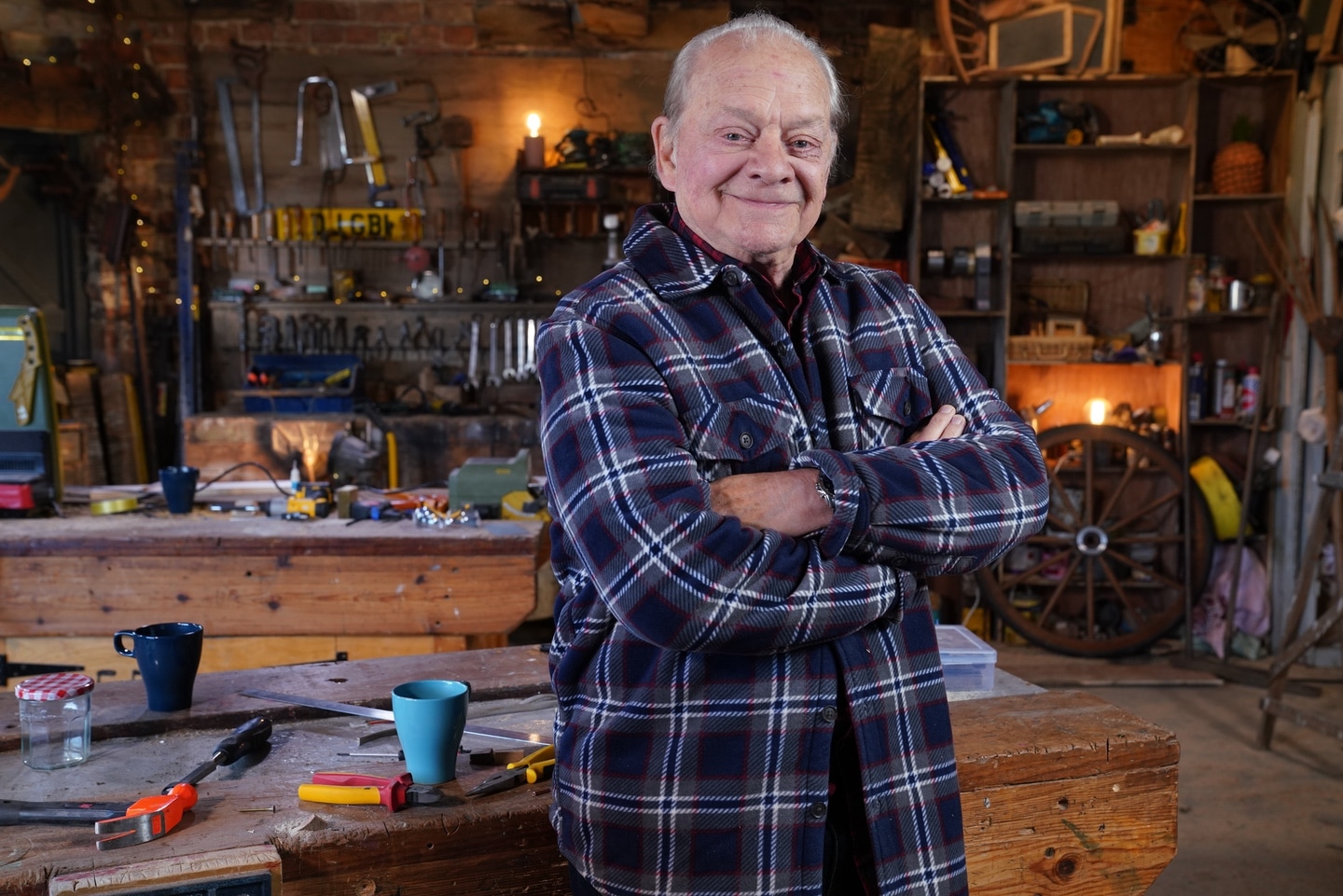 Multi award-winning actor and undisputed national treasure, Sir David Jason OBE is fascinated by how things work.  He’s a qualified pilot and former mechanic who tinkers with rockets in his shed and steam engines in his back garden.

In this series, Sir David sets out to discover the remarkable stories behind the nation’s world-changing inventions, finding out just why they came about when they did - from the jet engine and the hovercraft, to the light bulb and the tanks of World War One.

Across four episodes David will discover the fascinating stories behind a wide range of ground-breaking inventions.  He’ll learn about the inventors who have dedicated their lives, saved lives, and indeed even lost their lives during the pursuit of innovation.  He’ll discover the extraordinary lengths they went to, to follow their dreams and along the way David will get his hands dirty seeing how these classic creations work - taking them apart, putting them back together again and tinkering with gadgets and gizmos from across the centuries.

Highlights from the series include David getting behind the wheel of a Chieftain Tank, piloting a hovercraft and operating one of the world’s biggest hydraulic cranes. He also gets up close to the original Stephenson Rocket steam engine, meets the first Brit in space, Dame Helen Sharman, and even gets back behind the wheel of an original Trotters’ Reliant Van from Only Fools And Horses – as he says “this old van wouldn’t be in many peoples list of Great British Inventions, but it’s certainly in mine!” David also meets modern day British innovators like jet suit inventor Richard Browning, known as “the real Iron Man,” and YouTube star Colin Furze.

Sir David Jason OBE adds: “From the jet engine and the hovercraft to the telephone and the tank - they’re all fascinating pieces of technology it’s hard to imagine our world without. They were all invented right here in the UK – showing we’ve always been a nation with real pioneering spirit.

“I’m looking forward to discovering the remarkable stories behind the nation’s world-changing inventions.  I want to find out not just how they came about - but also why they were dreamt up at that specific moment in our history.”


Wise Owl Films’ Creative Director and Executive Producer Mark Robinson comments: “Wise Owl Films was born in Autumn 2018 just as it was announced that Channel Four were moving its HQ to Leeds, so we’re absolutely delighted to now announce our first commission for More4/Channel 4.

“This is an exciting time to be making shows out of Yorkshire – and we’re delighted to have gone on this particular journey with the UK’s most-loved actor, showing a personal passion of Sir David’s that viewers might not be aware of.”