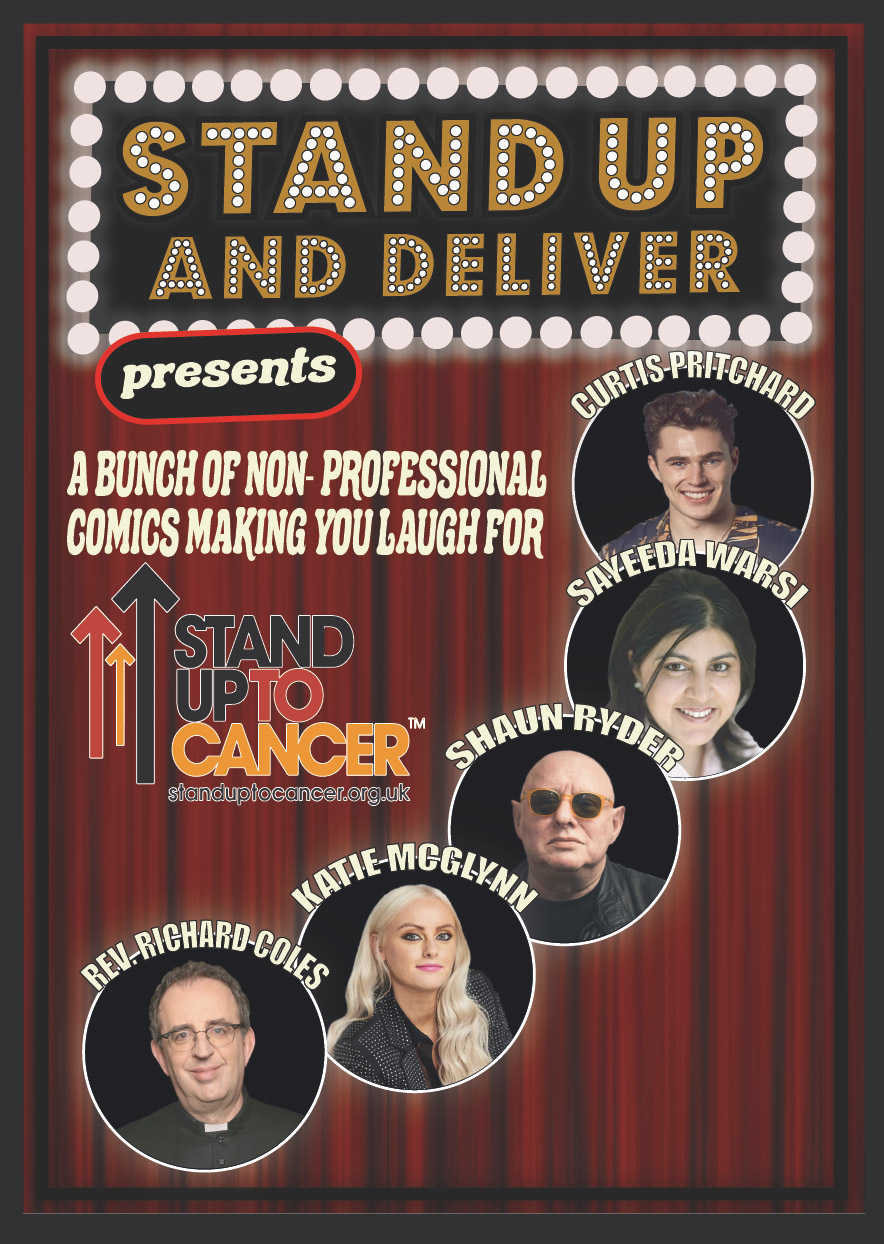 CHANNEL 4 CONFIRMS STAND UP AND DELIVER CELEBRITY LINE UP

Channel 4 has confirmed the five plucky celebrities who are set to be thrust into the often unforgiving world of stand-up comedy for Stand Up and Deliver, an entertaining new two-part series in support of Stand Up To Cancer.

Comedy is no laughing matter, it takes great skill and timing to deliver a stand-up routine. The professionals have years to perfect their art whilst these celebrities have just weeks. The five famous faces will be tasked with perfecting their routine alongside their celebrity mentor before performing in a special stand-up performance. Who’ll have the last laugh and get top-billing as Stand Up and Deliver Champion?

Becky Cadman, Commissioning Editor for Factual Entertainment at Channel 4 said, “This joyous Fact Ent series is both a masterclass in comedy, and a dramatic test of character. A Reverend, an actress, a politician, a reality star, and a musical legend already sounds like the start of a joke and watching them learn the craft of stand-up from five of the best in the business is brilliantly entertaining.”

Sarah Tyekiff, Head of Unscripted at Lime Pictures said: “Lime Pictures are excited to kick off 2021 with some unexpected one liners and a lot of laughs, with this fantastic Fact Ent series for Channel 4 and Stand Up To Cancer. Stand Up and Deliver has been an unforgettable format to make. With some of the UK’s biggest comedy names leading the way, it’s full of surprises, shocks and sheer fear as, for one night only, five brave celebrities battle it out for the biggest laughs.”

Stand Up and Deliver will air on Channel 4 as part of Stand Up To Cancer 2021.

Launched in the UK in 2012, Stand Up To Cancer is a joint national fundraising initiative from Cancer Research UK and Channel 4 that brings the UK together to speed up progress in life-saving cancer research. To date, Stand Up To Cancer has raised more than £62 million, funding 55 clinical trials and projects, involving over 11,000 patients across the country.