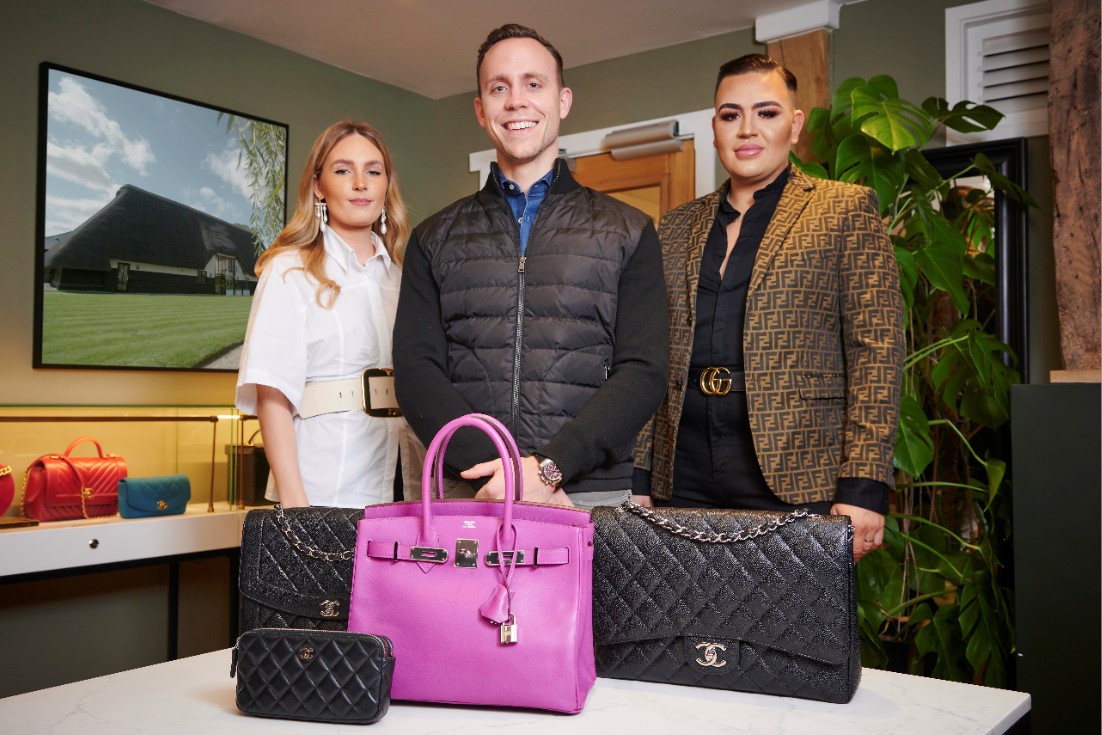 Leeds based Wise Owl Films today announced its first Channel 4 commission, Second-Hand For 50 Grand, following the staff and customers of one of Britain’s leading companies in pre-owned luxury.

The 1x60 minute documentary, goes behind the scenes at Xupes, exploring how second-hand chic is the latest growing trend in the luxury goods industry – from Chanel handbags to rare Rolex watches.

Run by 33-year-old CEO Joe McKenzie, Xupes is a 35-strong team based at the company HQ in Hertfordshire. The documentary follows Joe and his dedicated team as they buy, sell, fix and find the rarest pieces of luxury items on the planet – for clients each with their own special personal reasons for owning, or wanting to own them.

Joe bought his first watch for £500, sold it for £1000 and was hooked. Today the business deals in watches, handbags and jewellery - turning over a neat £15m a year.

Wise Owl Films’ Creative Director Mark Robinson said: “In 2021, second-hand chic is the latest must-have for luxury lovers who want something that no one else has got. It was fascinating to see how much expertise and detective work went into finding – and putting a value on – these incredible rare items. It was a privilege to hear the often emotional stories behind why clients fall in love with them”.

Second-Hand For 50 Grand will air on Channel 4 on Wednesday 21 April at 10pm. It is a 1 x 60 minute film commissioned for Channel 4 by Will Rowson, Commissioning Editor, Factual. The documentary is filmed, produced and directed by Tom Green and executive produced by Matt Drury for Wise Owl Films.

Second-Hand For 50 Grand is the latest commission for the Leeds-based Lime Pictures factual label Wise Owl Films, whose other recent commissions include the BBC2 documentary When Bob Marley Came To Britain, the More4 series David Jason’s Great British Inventions; Sky Arts’ Guy Garvey: From The Vaults and the upcoming BBC2 series Firefighters.

This email address is being protected from spambots. You need JavaScript enabled to view it. / 07734 390100

About Wise Owl Films:
Wise Owl Films was launched in November 2018 as a new, non-scripted label of Lime Pictures.  Based in Leeds and headed up by Creative Director Mark Robinson who founded ITV Studios label Shiver in the 2007.

During his time at Shiver/ITV Studios Robinson created over 200 different series and specials for ITV, the BBC, Channel 4, Channel 5, Sky and UKTV Gold, including May The Best House Win, Tales From Northumberland with Robson Green, David Jason: My Life On Screen, Last Laugh In Vegas and The Nation’s Favourite…music series.

Lime Pictures is a multi-award-winning independent production company with more than 30 years’ experience in producing content for global audiences.  From network programming to streaming and digital content, allied social media and ground breaking commercial partnerships, Lime is at the forefront of some of today's most popular entertainment.

Lime’s programming includes the double Emmy award-winning drama Free Rein for Netflix worldwide, MTV’s highest rated series outside of North America Geordie Shore, the multi award-winning Hollyoaks for Channel 4 in the UK (now in its 24th year) and the BAFTA award-winning reality series The Only Way Is Essex for ITV.  Previous credits include the Emmy award-winning Singles Project and Relative Success with Tabatha Coffey for Bravo, Disney’s Evermoor and Nickelodeon’s House of Anubis.

Lime Pictures is an All3Media company.