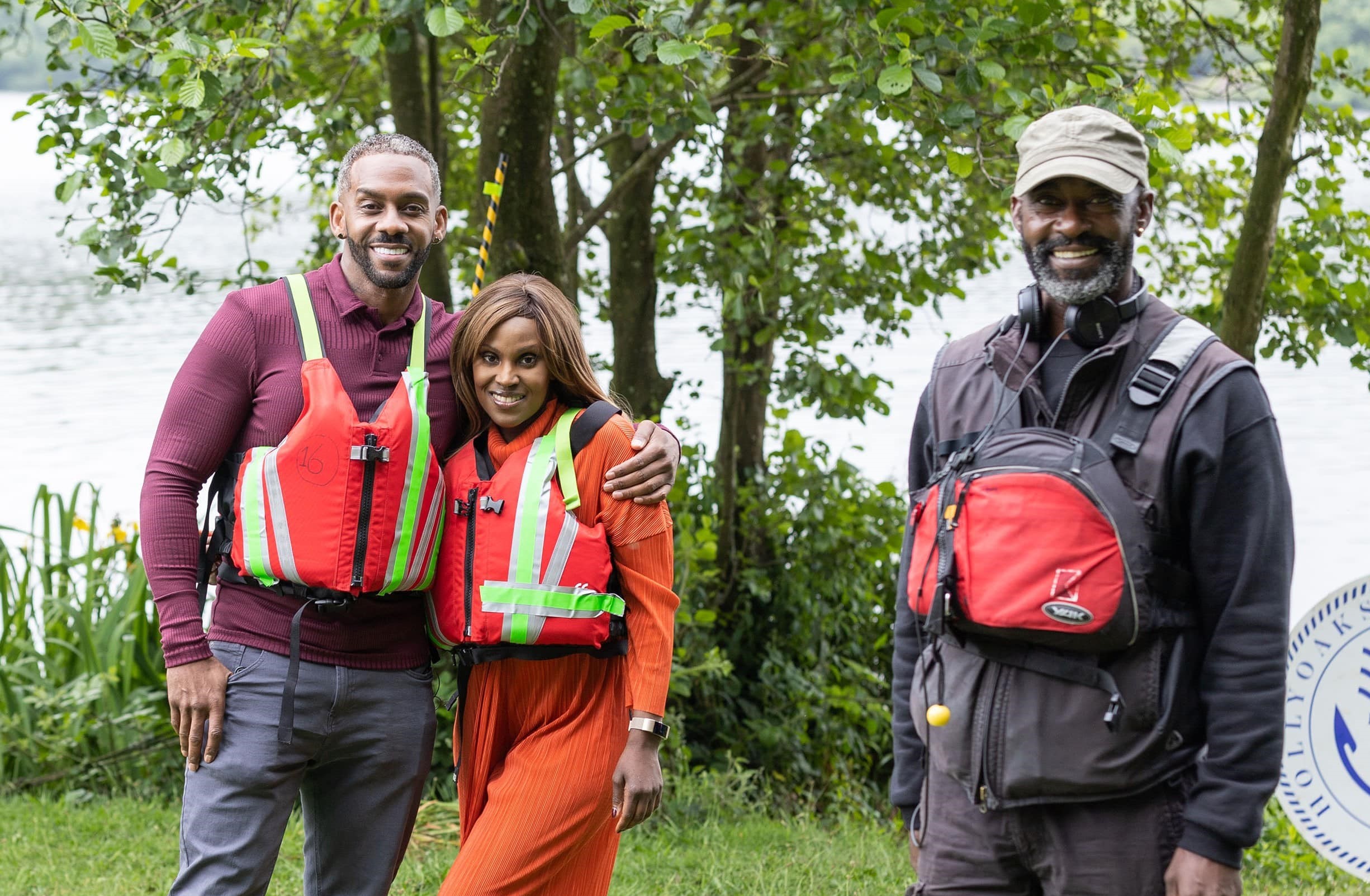 Location filming for the special episode with Richard Blackwood and Kelle Bryan begins.

‘Overstanding other people’s cultures, I believe, is one giant step towards an inclusive society and drama is one of the best tools to do that.’ – Patrick Robinson

‘Once cultural differences are understood, this can often dissipate hatred, racism or bigotry simply, by telling truthful stories we can all relate to.’ – Kelle Bryan

Filming has commenced on an hour-long special that will play a pivotal part in Channel 4’s Black to Front, the ground-breaking diversity project culminating in a special day of content on Friday September 10th.

Across the day Channel 4 will broadcast programming fronted by Black talent and featuring Black contributors, to champion Black voices and stories, and the incredible Black talent that make, shape and star in British TV.

Planned over a year, and working with numerous production partners, Black to Front is part of Channel 4’s on-going commitment to improve Black representation on and off screen. From breakfast right through to late night, some of Channel 4’s most iconic shows will have Black talent at the forefront, offering viewers a new perspective of much-loved programmes.

Hollyoaks will air a special episode - written by Hollyoaks core team writer Thabo Mhlatshwa - anchored around the pivotal Black Deveraux family and joined by characters past, present and future, played by Black and of Black heritage talent.

It will be directed by Patrick Robinson, whom fans of continuing drama will know from his early acting career playing consultant Martin ‘Ash’ Ashford in Casualty for a number of years. He first began directing in 1998 on the short film, Monument, also playing the lead character. This will be his first major directorial debut for a continuing drama.

Patrick said: “I’m very excited to be directing this hour long special of Hollyoaks, featuring characters who share my background and heritage.

“Overstanding other people’s cultures, I believe is one giant step towards an inclusive society and Drama is one of the best tools to do that. Music, Dance and Art also play a vital part in giving greater insight basically because we feel it…Heart, body and soul.

“Love is the theme of the episode, which I hope we can all relate to. And my litmus test for any good work? Did I feel…”

Randall, who was given an MBE in 2015 for services to drama, is the first Black woman to direct in the West End and has a long history of championing stories that portray the Black experience. Other professional credits include associate director for the 2021 London Olympics opening ceremony, as well as cult British drama including The Desmond’s, The Real McCoy, Death in Paradise and Casualty.

The setting for the episode is a family party for Reverend Walter Deveraux’s birthday. Many costumes for the event were sourced from local black retailers and the concept for traditional dress was worked on collaboratively with cast members including Trevor Toussaint, who plays Walter.

The episode features an original score by acclaimed London-based composer Bankey Ojo, who has previously supervised high-profile dramas and commercials for the likes of BET, Channel 4, Adidas and Beats by Dre. His unique approach to sound and the relationship between music and storytelling is used fully throughout, adding yet another layer of nuance and power to a number of key storylines.

As  well as writing the episode, Thabo Mhlatshwa has also contributed to the overall soundtrack by selecting a number of tracks to feature in the episode, celebrating Black British artistry by the likes of Arlo Parks and YXUNG Bane, adding energy and giving a real sense of urgency to the overall narrative Thabo has written.

Actress Kelle Bryan said: “This Black to Front episode is a celebration of family traditions, which have historically held Black families and Black communities together since migration. Our purpose is to make a meaningful contribution to the Black to Front tapestry aptly curated by Channel 4.

“Capitalising on Hollyoaks' youthful viewership, hopefully this will allow our audience to come on a journey with us, understanding our culture and realising the fundamentals that make us all the same.

“Once cultural differences are understood, this can often dissipate hatred, racism or bigotry, simply by telling truthful stories we can all relate to.”

Hollyoaks is produced by a range of staff and freelancers. Key Black talent, who have joined for the hour-long special will continue to work on future episodes.

As a result of Black to Front, the production has opened up traineeships in departments including sound, cameras, costume and digital, leading to either a retained, paid, role or qualification in that area of expertise.

Five new cast members in the episode will stay on as series regulars. There are two Black guest stars who have joined for the one-off episode. More information will be revealed in the run up to September.