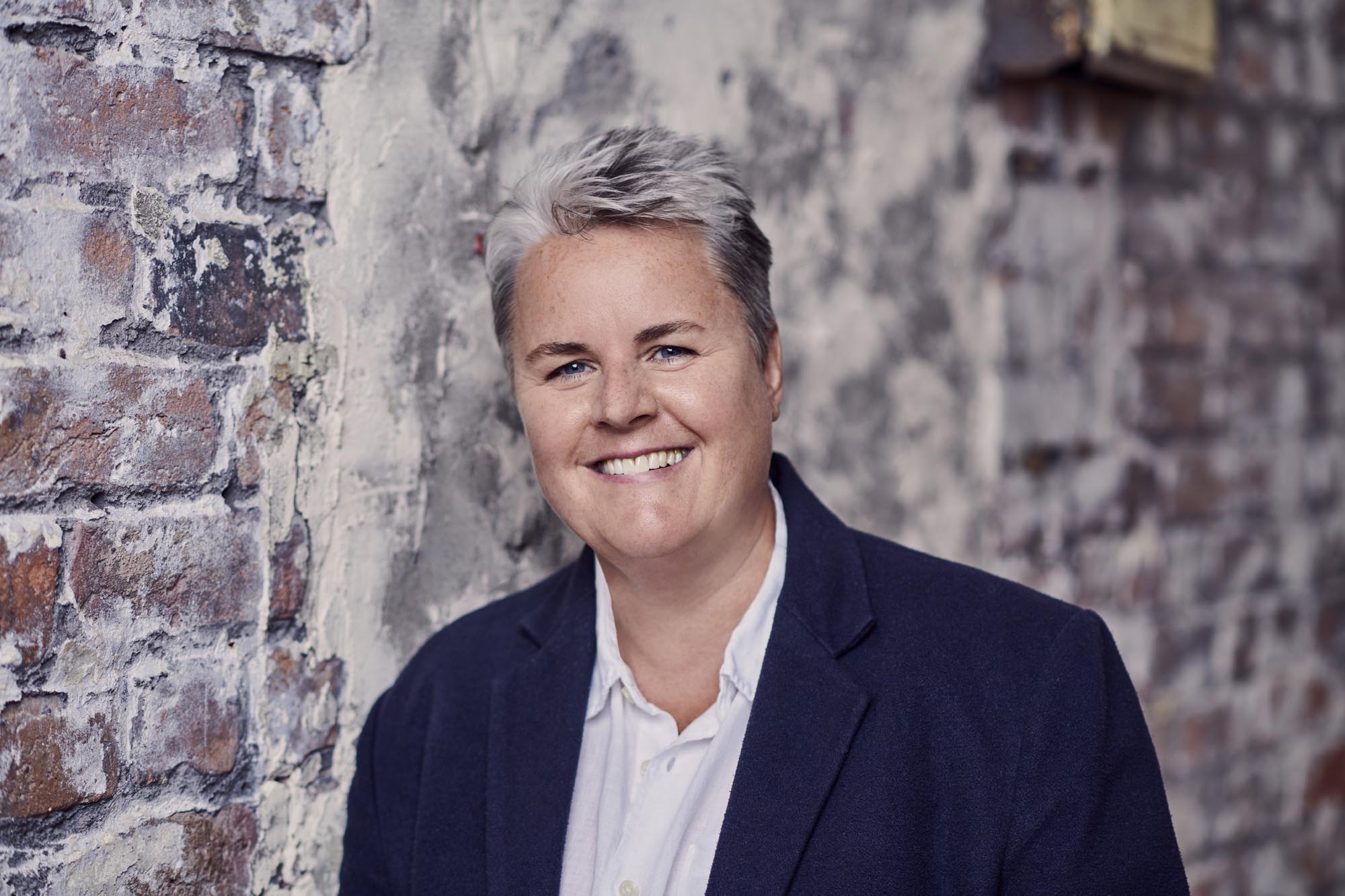 Prior to joining Lime Pictures in May 2012, Claire was Director of Production for ITV Studios and had operational and budgetary responsibility for the delivery of over 3500 hours of original content across all genres each year. The programme portfolio included ‘Coronation Street’, ‘Emmerdale’, ‘This Morning’, ‘Prime Suspect’, ‘Cold Feet’, ‘Poirot’, ‘Hells Kitchen’, and ‘I’m a Celebrity’.

Claire started her TV career at the BBC as a Floor Assistant working on a variety of programmes within the Drama and Entertainment Departments.

In 1989 she joined BFBS TV and spent the next 6 years travelling the globe making a variety of programmes for the UK’s Ministry of Defence before returning to the BBC’s Youth, Entertainment and Features Department as a Production Manager.

In 1998 Claire ‘crossed over’ from the BBC to ITV (initially as Head of Production for Entertainment and Comedy at Granada TV) and took on a variety of roles that culminated in her appointment as Director of Production in 2003.

Claire has an MBA from Manchester University Business School. 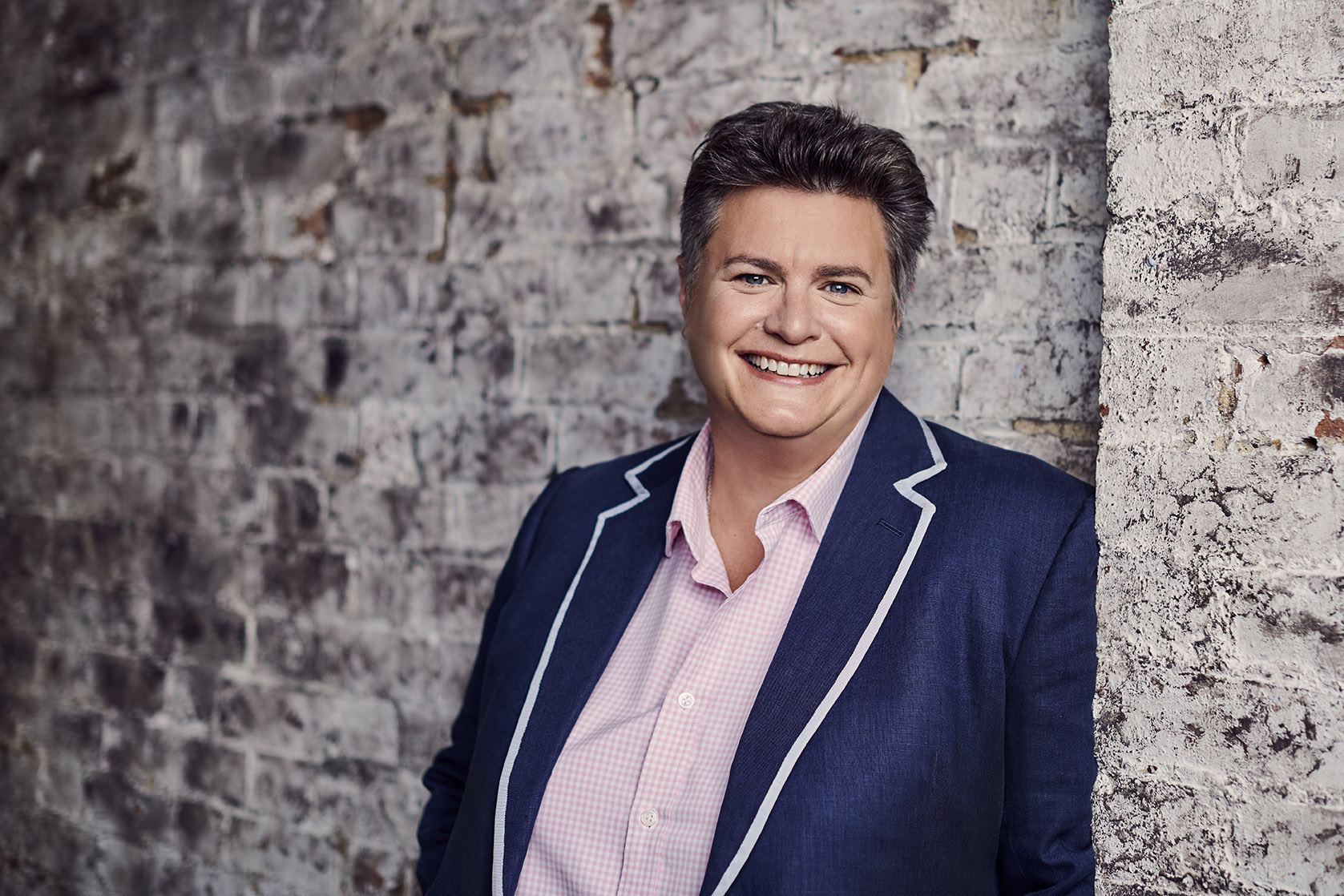 Prior to joining Lime Pictures as COO, Kate was Director of Business Affairs at ITV Studios. A key member of the ITV Studios Board, Kate contributed to the successful management of ITV Studios throughout her 6 years at ITV.

Kate oversaw deal making across the entirety of ITV’s output from ‘Coronation Street’ and ‘Dancing on Ice’ through to This Morning’. She had responsibility for Business Affairs across ITV’s global content business, UK and International production as well as distribution. Her key global projects included ‘Come Dine With Me’,  ‘Prime Suspect USA’ and multi-party financed large scale drama co-productions such as ‘Titanic’ and ‘The Prisoner’.

Prior to joining ITV, Kate worked at the BBC with responsibility for Business Affairs across in-house production departments including Radio and Music, having previously headed up the legal team in Entertainment Commissioning.

A trained solicitor, Kate started her career in media at the Producers Industrial Relations Service, later the Producers Rights Agency, where she became Head of Rights, Legal and International Affairs.

Her most noted success was the re-brand of Love Island for which Sarah developed,  cast and produed Series 1, 2 and 3, being awarded a BAFTA for Series 3. Tasked to specifically develop a show to engage a 16-34 audience for ITV2, Series 2 launched with 1.1m viewers, with 52% made up of 16-34’s, up 13 share points. Sarah is also credited with maintaining and growing the ‘I’m a Celebrity’ brand. Her last series, Series 16 was launched with over 13 million viewers. Tyekiff also developed the ground-breaking format for Red or Black, Simon Cowell’s £1m gameshow; coproducing with Simon Cowell and Ant and Dec. She re-wrote the I’m a Celebrity NOW! show format in 2009 growing the viewers back up from 400,000 to an average audience of 1.2m, with a finale of over 2m.

Sarah also worked closely with the interactive and social media teams at ITV: In 2016, the IAC App was the most downloaded App in the UK for 2 weeks, with over a quarter of a billion interactions for the live playalong game, peaking with 52m during TX1.  Engaging social platforms with Love Island was key for the programme success and Series 2 of Love Island saw an increase of 348% on Twitter. 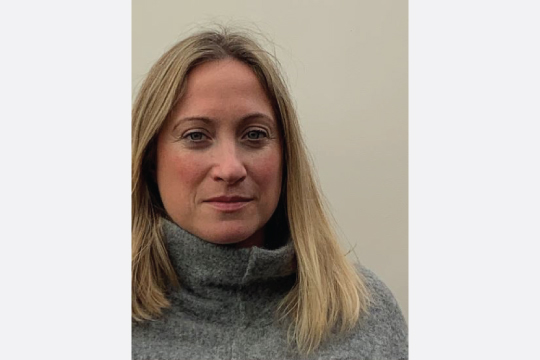 Lucy Allan joined Lime Pictures in January 2021 as Head of Continuing Drama and Executive Producer of Hollyoaks. Lucy has overall responsibility for running the 5 night a week, multi award winning, show as well as developing her own slate of spins offs and long running drama ideas.

This is not Lucy’s first time at Lime or indeed working on Hollyoaks having fulfilled multiple roles on the show between 2002 and 2010. Lucy has a wealth of producing knowledge within Lime and in the broader industry. She Produced BBC 1’s Waterloo Road and helped navigate its move from the NW to Scotland before taking on Leonardo out in South Africa. She then returned to Lime where she Produced House of Anubis and Rocket’s Island as well as developing as part of the scripted team.  Most recently Lucy has spent 6 years at the BBC, firstly as an Executive Producer on shows such as The Dumping Ground and Wolfblood. She also rebooted The Worst Witch which has racked up an enviable awards cupboard for the BBC, ZDF and Netflix. She has worked across a diverse slate as Genre Lead for Drama Productions where she managed all of the CBBC in house commissions as well as most recently Executive Producing the most successful co-production teen drama for the company, Get Even (BBC, Boat Rocker & Netflix).

Lucy is also proud of the multiplatform work that she has spear headed across all of her brands ensuring that where ever the audience is so are her shows, most recently The Worst Witch won the Broadcast Award for its achievements across all platforms. Lucy is dedicated to diversity and inclusion, mandating their importance in all areas of production, on and off screen and she is determined to ensure that Hollyoaks delivers on all fronts. 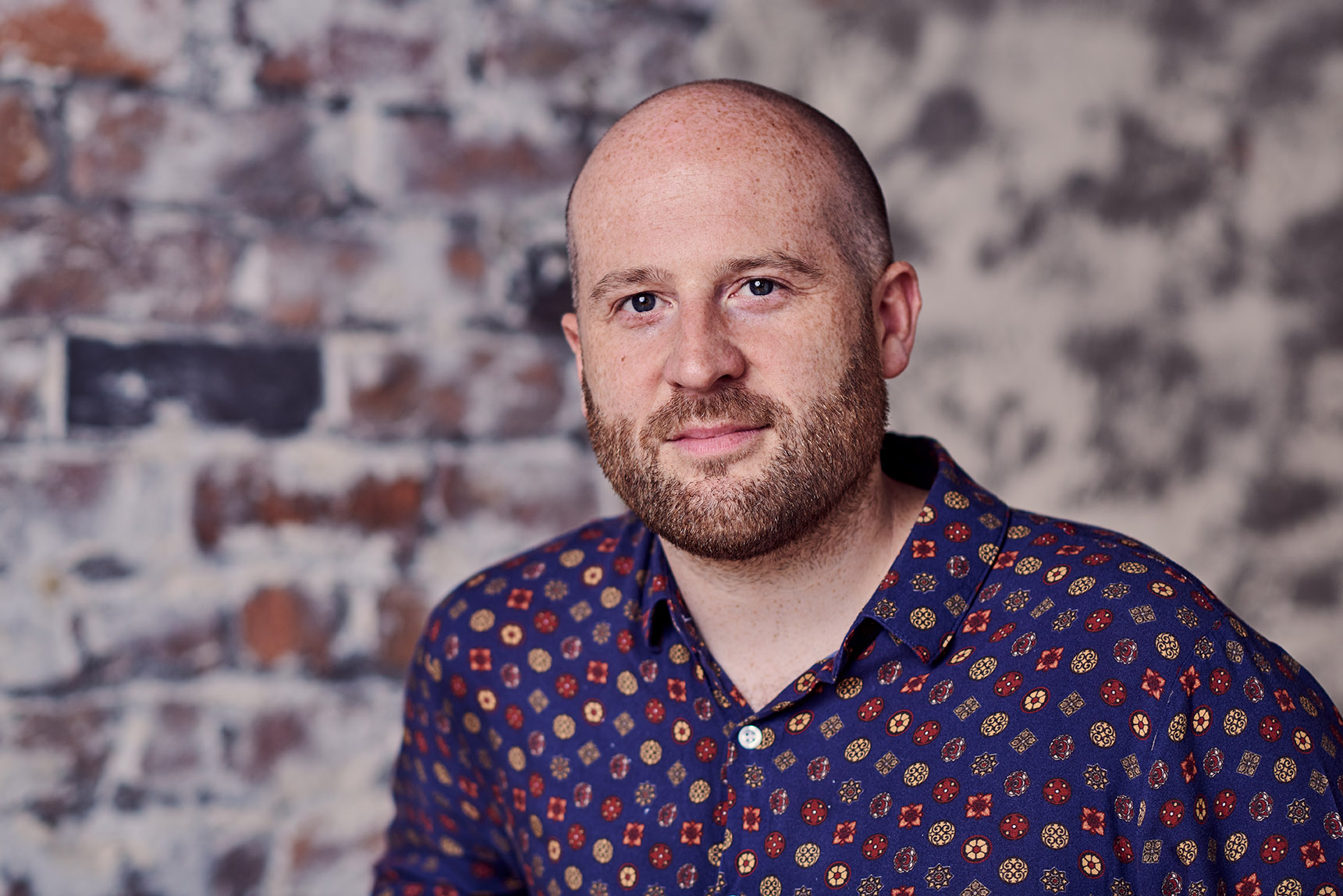 Tim began his career at HIT Entertainment, developing, writing and producing animation. He was script editor for all indie dramas at CBBC, working across MI High and Grange Hill, and developing the multi-award-winning Roy with Jam Media. At Lime, Tim developed the Banff award winning The Well (BBC Switch) by Melvin Burgess and was story producer and core writer on the global hit House of Anubis (Nickelodeon). He piloted Rocket’s Island for CBBC, as well as the International Emmy-nominated Evermoor for the Disney Channel, the first UK live action series commissioned by Disney Channel US. Tim has written for Evermoor and the Netflix Original Free Rein, and has just co-produced two standalone specials of Free Rein with Angelo Abela, as well as the show’s forthcoming third season. In early 2019 Compton was confirmed as Joint Head of Kids for Lime Pictures alongside Angelo Abela. 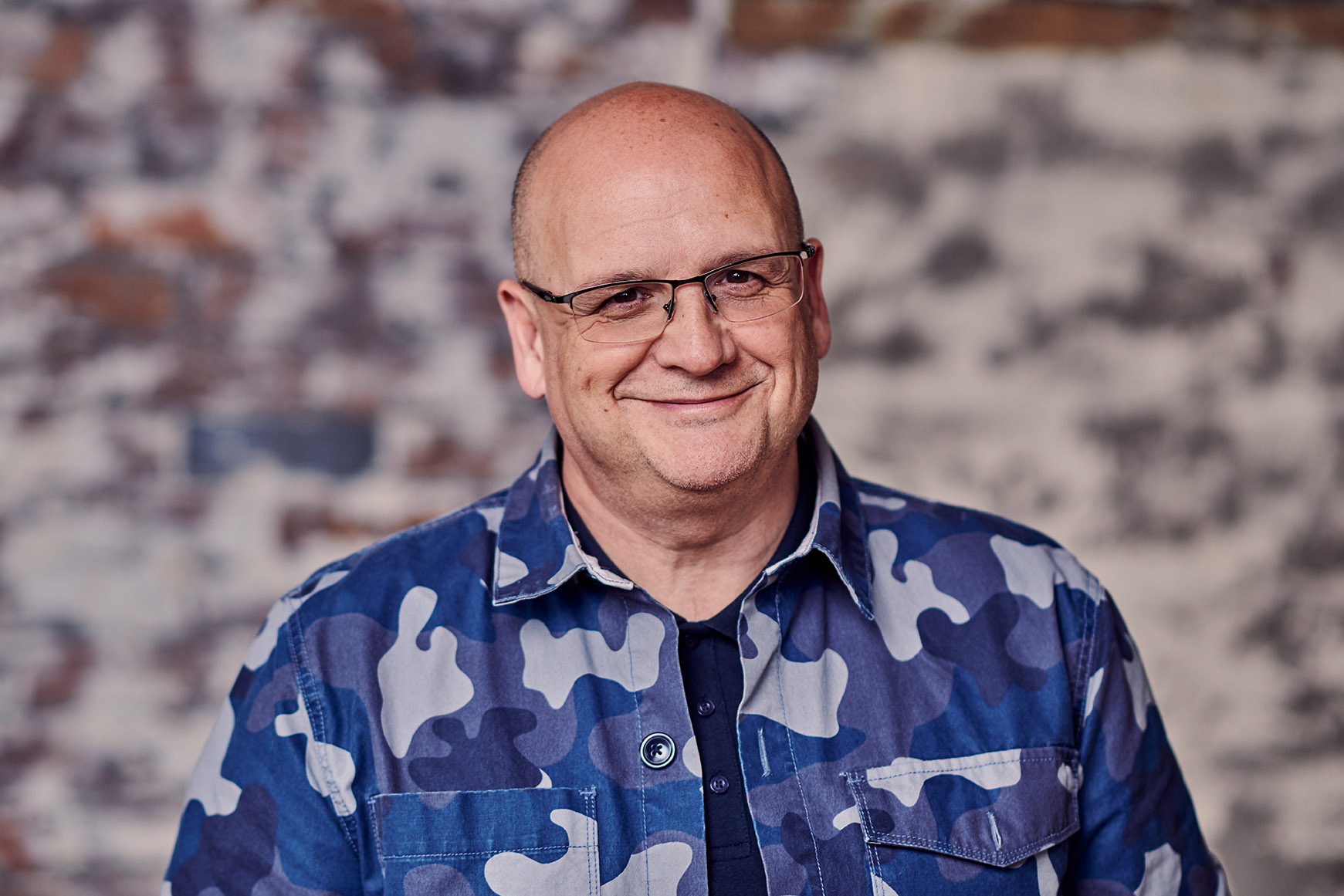 Angelo Abela joined Lime Pictures in 2011 as Showrunner and Series Director of the multi award-winning House of Anubis, Nickelodeon’s first live action drama commissioned outside of North America. House of Anubis enjoyed three successful series securing a BAFTA nomination and the Nickelodeon US Kids Choice Award for Best UK show voted for by the audience. Following its success Angelo stayed with Lime Pictures to develop children’s projects alongside Tim Compton for all networks in the UK and abroad. In 2016 he developed the double Emmy award-winning Free Rein with Anna McLeery and Vicki Lutas for Netflix and then went on to produce/direct the series. Prior to joining Lime Pictures, Abela was an award-winning Comedian and Actor before moving into writing and then directing. As a Director/Producer he won awards for live theatre and across TV in Children’s, Entertainment and Drama - they include an RTS, Banff, Montreux and Broadcast. In early 2019 Abela was confirmed as Joint Head of Kids alongside Tim Compton. Their aim for Lime Kids is to deliver more shows to a global audience. He describes Lime’s dedication to elevating children’s television so it can stand alongside Adult Drama in scale and ambition as being at the heart of his vision. He comments, “we want to tell stories that resonate with our audience - to entertain and spark the imagination, shows that can make them feel, laugh and think.”