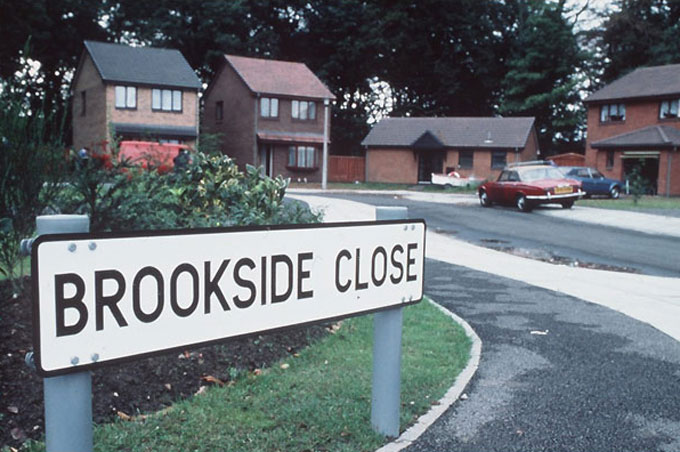 In its 21-year run, Liverpool-based Brookside became regarded as one of Britain's top four soap-operas.  From 1982 to 2003, the infamous cul-de-sac, Brookside Close, became the epicentre of every conceivable (and inconceivable) storyline on television.

Brookside challenged the soap status quo with a series of firsts: The first pre-watershed lesbian kiss, the first openly gay character and the first time the issue of dyslexia had been played out in a long-running drama.  Such topics caught the imagination of the general public and made Brookside one of the most talked about programmes in the latter half of the 20th century.