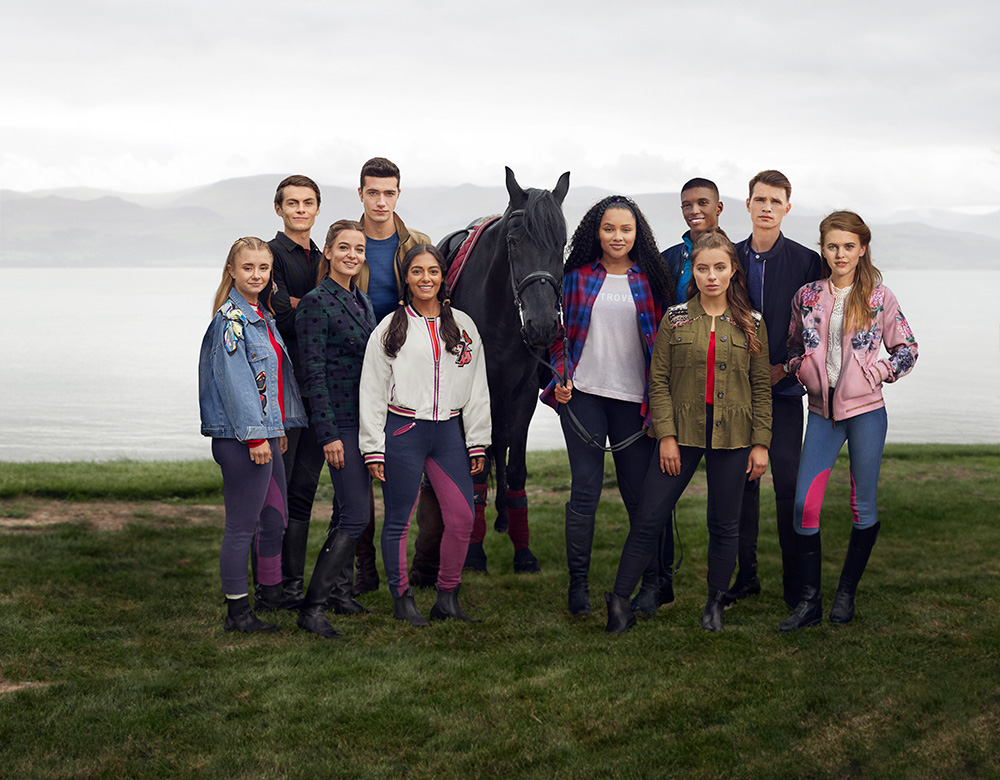 Free Rein is a double Emmy award-winning Netflix Original series commissioned out of the US for a global audience in over 190 countries.  The first series launched worldwide as a 10 x 30 minute live action drama series in Spring 2017.  The second series premiered in July 2018 and shortly afterwards, Free Rein was renewed for a third series, as well as two feature-length special episodes - Free Rein: The 12 Neighs of Christmas, and Free Rein: Valentine’s Day.  The third series, consisting of 10 episodes, premiered in July 2019.

A coming-of-age story about an American teenager, Zoe, and her summer of intrigue in the British countryside, Free Rein was shot on location in Cheshire and Anglesey in the UK and was set on a beautiful fictional island off the coast of Britain.

15-year-old Zoe’s life changed forever during her stay at Bright Field Stables when she met the mysterious horse ‘Raven’.  Their deep friendship gave her the strength to face certain rites of passage head on whilst exploring new relationships.  Zoe’s inspirational journey showed audiences that life is all about falling off – and learning to pick yourself up again.  With a thrilling mystery, the complex relationship Zoe developed with Raven gave her the grit and determination to master her riding skills and ultimately discover a passion for horses and a strength to face the rest of life’s challenges.

Distribution: Worldwide (available in over 190 countries)