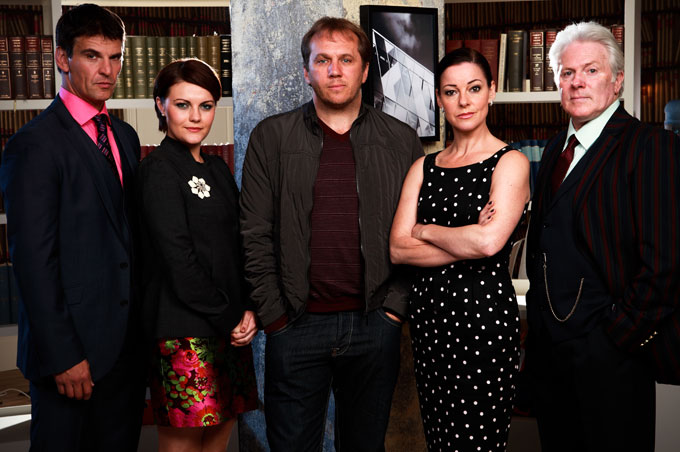 Hard-hitting topical drama for BBC One daytime, The Case explored high pressured life in and out of the courtroom.

The Case was a five-part British television legal drama series, written and created by David Allison, that broadcast over five consecutive days in October 2011.  The series stared Dean Andrews as Tony Powell, a defendant accused of the murder of his terminally-ill partner Saskia Stanley (Caroline Langrishe), whose life Tony helped to end.  Saskia's family suspect Tony may have an ulterior motive for helping Saskia end her life, but it falls to barrister Sol Ridley (Tristan Gemmill), defending his first murder case, to expose the truth.