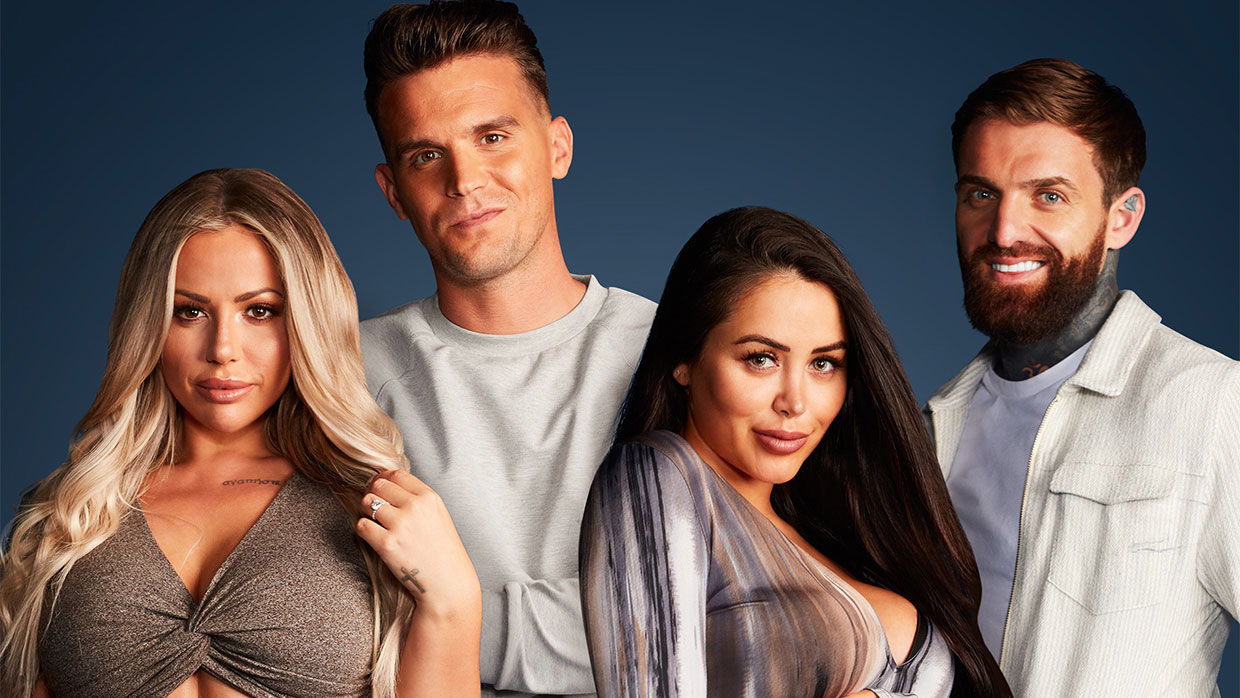 Nearly a decade after Newcastle hit the headlines as a group of young Geordies partied their way on to our screens in Geordie Shore landing MTV with their biggest show ever outside of North America, we take four Geordie Shore alumni on a brand-new adventure as they embark on adulthood.  Geordie OGs takes a look at what life is now like for these mortal mates.  Have parsnips simply become a vegetable served with their Sunday roast?

Walking into the house as a tanned, toned twenty-one year-old, Gary ‘Gaz’ Beadle’s world revolved around the gym, pulling birds and clubbing.  After seven years of living the life on Geordie Shore, Gaz decided to hand over the ‘Buck Squad’ baton and moved out of the house and in with girlfriend Emma… Overnight, Gary was about to go from being Jack-the-lad to Gaz the dad as the couple announced they were expecting a baby!  Now living in Leeds, this family man introduced fans to his blue-eyed boy, Chester, and shared his journey as his swapped Jaeger-bombs for baby bottles on Geordie OGs.

All Geordie Shore fans will be familiar with Holly Hagan’s famous introduction and since leaving the show, she may still be fit but Holly has waved goodbye to her double F’s and the only flirting she does is with now fiancé, Jacob!  Holly’s Geordie Shore experience had its ups and downs and her life off the screen was no different as Holly became the target for online trolls.  Now in a happy relationship and with a number of successful businesses to her name, Holly is more confident and content than ever before.  Documenting the impact of her negative experiences online throughout Geordie OGs, Holly has teamed up with MTV and charity Ditch The Label to take a stand against bullying.

During their time on Geordie Shore, Marnie Simpson and Aaron Chalmers’ relationship was more off than on and after plenty of tears and tantrums they decided to call it quits.  Marnie has since met her match in blue-eyed boy Casey Johnson.  The pair are getting ready for the next step in their relationship as they share exciting news… they are having a baby!  After leaving Geordie Shore Marnie wanted to have a fresh start, moving away from the Toon to Bedfordshire where she now lives with Casey, her mam and step-dad.  Watch as Marnie prepares for her little arrival, set to make a big difference to her life, on Geordie OGs!

Former party boy, Aaron Chalmers also hung up his drinking boots last year to focus on his career as a full-time MMA fighter and it wasn’t just his opponents that he was battling, Aaron has faced tough criticism within the sport to prove he does more than party for a living.  Conceding his first loss in front of a home crowd may have knocked his confidence but Aaron is back and fighting fit, ready to earn his place in the rankings.  Whilst Aaron might be tough in the ring, he is a softie at heart, settling into domesticity with his girlfriend Talia and her daughter in Newcastle.

From first introductions in the Geordie Shore house to introductions of the second generation, Geordie OGs is your chance to keep up to date with some of your favourite cast members and their lives since they appeared on Geordie Shore.

The first series is currently MTV UK’s 6th highest-rated programme this year, attracting an average 295,000 viewers with a 1.4% share, more than trebling the slot average.  It scored a 6.4% share of Adults 16-34, more than four times the benchmark and performed well with upmarket audiences with a 1.2% share of ABC1 Adults, four times ahead of the channel average.  Despite skewing female with a 32:68 male-female ratio, it was 7 percentage points higher than the channel average profile for Men 4+.